Another day = another post! In this one, I'll be going over the process of how I made Five Nights at Vsauce. This post will be split up into three sections, each being a step in the creative process: Inspiration, modeling, and assembly.

The idea of FNAVS came about from a meme image that had been making the rounds. The image is kind of old, but it seems to have had a sort of resurgence as of late. 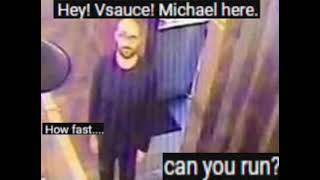 It's pretty obvious right away how much this image radiates FNAF vibes, and it started a sort of snowball effect in my head. It got me thinking about Michael's "HEY" intro, and how perfect that would be as a jumpscare in a FNAF parody; and since I was learning Blender and Gdevelop, I knew that kind of game would be perfect for testing what I'd learned.

The first step was, of course, making Michael scary. Fun fact: His model wasn't originally intended to be an animatronic, but due to my primitive modeling skills, it ended up looking like one. A happy accident, as Bob Ross would say! 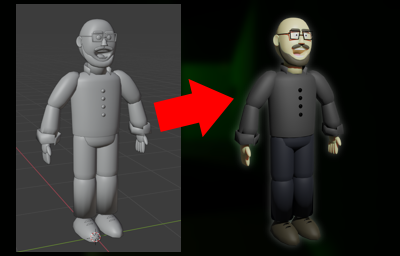 The other animatronics (Kevin, Jake, and Bill) were all pretty easy, since all I did was edit Michael's model. In retrospect, I think I could've made them look more unique, but that's what sequels are for 👀

As for the museum, this was probably the trickiest part, but it was just as fun. First, I made a crude map of the location to use as a reference for modeling: 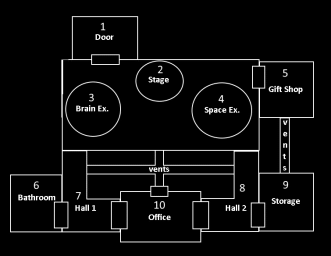 As you can see, the original map differs slightly from the one in the final game, but for the most part I was faithful to my original idea. I knew I wanted the game to take place in a museum rather than a pizzeria like FNAF, since I felt it would be more thematically appropriate for robots based on Vsauce to inhabit.

Anyway, after I modeled the facility, it was time to render the assets for the game! Honestly, this might have been the least fun part of this process, though it was mostly due to my lack of experience with Blender at the time. Instead of setting up multiple cameras for rendering different areas, I moved the same camera to each location to render each image. This... screwed me over several times. I ended up having to painstakingly reposition the camera to previous areas in cases where I forgot to render one of the frames.

So, pro tip: USE MULTIPLE CAMERAS!! 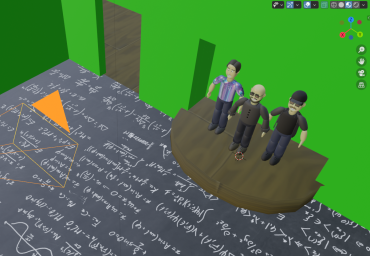 Finally, we're at the last step! This was where the experience really came together. I used a 2D software called GDevelop (which is awesome, by the way) to put the assets into a playable space.

By far the hardest part of this process was getting the animatronic AI working properly. I used a lot of variables, timers, and number generators, and by the end they were getting really hard to organize, but in the end, I'm fairly happy with the result. I agree now with some players who say that the game is a bit too easy, but I wasn't concerned with making an absolute masterpiece anyway. 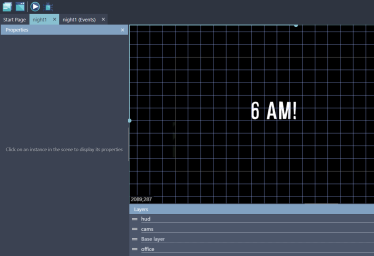 The assembly phase is also the part where sound design comes into play. As any FNAF player would know, sound design is a key part of the series, and even though this was a parody game, I wanted to test myself by doing that part justice. For most of the sound effects, I used a great website called ZapSplat to download some free MP3 files to mess around with, and then set them to play during certain events in the game.

However, the REAL fun part was the Vsauce crew's ramblings. This is another one of those design decisions that I wanted to implement from the get-go, and I think it turned out to be really funny! The way I did it was pretty simple: Download a few Vsauce videos with an MP3 converter, load the files into DarkAudacity, cut out the parts you don't want, isolate the vocals, export, and presto!

Once the entire game was assembled, the only step left was to build it, test it (with the help of friends), and upload it right here on Itch.io!

Five Nights at Vsauce was a really fun game to develop from start to finish. I am eternally grateful for everyone who so much as glanced at the page, as well as those who made videos and streams on it. It feels unreal getting to see people play and enjoy something I made, no matter how much of a dumb project it actually was. And extra special thanks to all the Vsauce people who checked out the game and gave it some exposure, you guys are awesome.

Anyway, that's all for this post! From here on out, I'll only be posting about patches for this game if I end up making any more. However, I'm always open to answer any questions y'all may have, so be sure to post them in the comments here or on the game's page below.

And as always, thanks for reading.

Get Five Nights at Vsauce